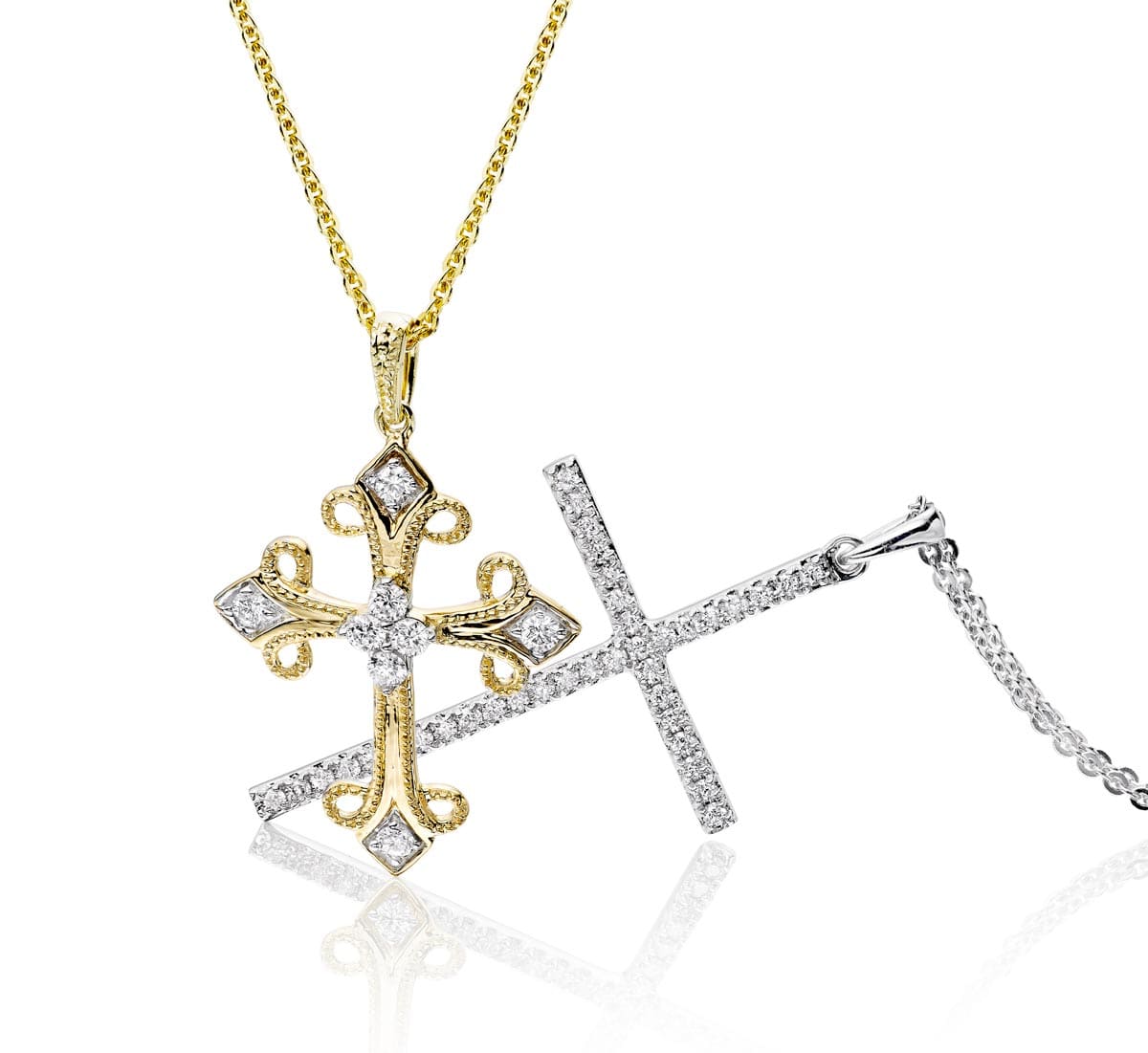 From diamond cross pendants to ancient talisman and lucky charms, jewellery has vast superseded it's cosmetic purpose. History has redefined the meaning of jewellery; used as protection against evil spirits to symbolic representations of wealth and austerity.  Jewellery has had eclectic associations with multiple definitions across the decades.

Symbolic jewellery is a staple trend in the jewellery industry; symbolising strength, courage and good health through to gemstones that are associated with birthstones.  In New Guinea, natives made jewellery with objects they found around them including bones, tusks, teeth, and gemstones. Some of the jewellery that they created was highly valued because of how impermanent it was rather than the price value or the material used; symbolising their connection to the land and their heritage.

Many items of jewellery have a symbolic past and as a universal form of adornment, we look back on the most popular types of symbolic jewellery including diamond cross pendants and what they represent:

From animals to insects, rainbows to four-leaved clovers, lucky charms have an eclectic history represented by a multitude of objects. Cultures around the world have developed signs and symbols that are believed to be lucky, grant wishes, heal the sick or even ward off evil; offering protection from curses.  Good luck symbols have come in many shapes, sizes, and forms including plants, animals, and insects, with many cultures believing that there are lucky objects, numbers, symbols, and gems.

Talisman are objects believed to hold magical properties, bringing good fortune to the owner and providing protection from evil or harm. According to the Hermetic Order of the Golden Dawn (a magical order active in the United Kingdom during the late 19th and early 20th century), a talisman is "a magical figure charged with the force which it is intended to represent."

Yin-Yang, otherwise known as Taijitu is a fundamental Chinese concept, representing duality.  The two concepts, Yin and Yang, is believed to represent opposite ideas but together, the teardrops are said to represent the interaction of the energies found in 'all' things. Yin is associated with night, female and South and Yang is the sun, male and North and are popular for both men and women.  Clasps featuring Yin-Yang symbols are visual representations of the two concepts forming a whole.

Diamond cross pendants can often have meaningful affiliations. The most common symbolic heritage association with the cross is Christianity, representing salvation and atonement.  However, due to its gruesome association with crucifixion, the cross wasn’t worn until the second century; eventually used a symbolic representation of protection against misfortune and demonic forces.

The Star of David, the Magen David, Seal of Solomon or shield of David, has a wide-spread history.  In the Middle East and Northern Africa, the symbol represents good luck and in Christian churches, the symbol was often used as a decorative motif many centuries before its first known use in a Jewish synagogue.  The most iconic use was by Jews who wore the Star of David as identification of their heritage during WW2.

The five-pointed star has had many associations with ancient civilizations including Latin America, India, China, Greece and Egypt. According to the famous Greek mathematician Pythagoras, five represented the shape of a body and a human's five senses including the five key elements of life: fire, water, air, earth and psyche. Christians viewed the pentagram as symbolic proof of divinity, with each point representing the five wounds of Jesus during his crucifixion and protecting the owner against all evil when worn.

The Hamsa Hand is an ancient Middle Eastern amulet symbolizing the Hand of God.  Worn as a protective sign, the Hamsa hand is believed to bring happiness, luck, health and good fortune to those who wear it.  The Hamsa hand has two main styles, a regular hand, and two symmetrical thumbs.  The wearer of the hamsa hand can wear the symbol facing up or down, giving the owner key to success, harmony, and protection from the “Ayin Ha’ra,” also known as The Evil Eye.