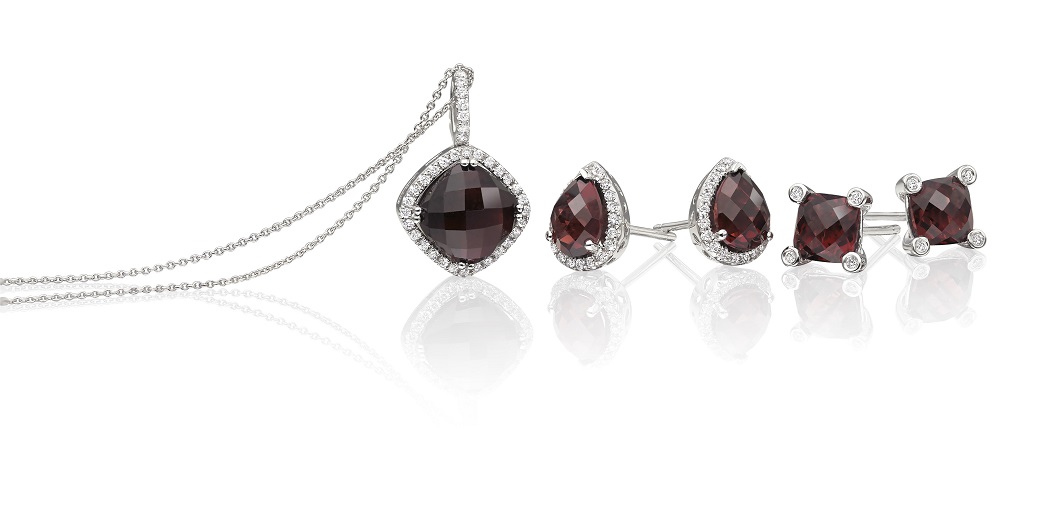 Garnets at a Glance:

Egyptian pharaohs were a huge admirer of the red garnet necklace and believed when they died, the power of the garnet would help them regenerate in the afterlife.

King Solomon was given one of the very first garnet gemstones ever created by God. According to myth, it wasn’t the ring that gave him his famous supernatural powers, but this Seal of Solomon.

Garnets: As a ‘talisman’

According to myth, garnets are a symbol of good health, and are linked to the circulatory system and also wards off evil spirits, in relation to depression, re: mental health. They are also considered to be a good luck charm for those who are starting new job roles, as well as buying a new home for the family. Garnets were also used as gifts between mutual friends in the hope that they would see each other again very soon.

In 1885, the largest garnet stone was found on a New York City subway, between Broadway and 7th Avenue, NYC.

Garnet comes from the Latin word ‘Garanatus’ – meaning ‘seed-like.’ The King of Saxony was famously reported to have had a garnet of over 465 carats. Garnet jewellery is still highly regarded in eastern Europe, particularly Czech Republic; where the stones are arranged in the traditional; yet tightly joined fashion; for optimum attraction, prior to the Anglo-Saxon period. However, in mainland Europe, during the 18th & 19th Century, garnets were used as jewellery during Victorian times. In India, garnets are highly regarded as good luck charms to promote good health and cheerfulness.

1. The word ‘garnet’ is derived from the Latin word Garanatus’ – meaning ‘seed-like.’ The stone resembles the pomegranate seed in colour (deep red) and shape, and hence is given this name.

2. Garnets are deep red in colour, but they come in a variety of hues because of the different elements present in the stone.

3. The garnet is believed to bring good fortune to the wearer.

4. It is gifted to people going on a long journey – giving strength to the traveller.

6. The garnet is believed to remove negativity and impose positive changes in the person who wears it.

7. People whose birthstone is garnet, have strong spirits and a very amiable nature.

9. The garnet gemstone is also linked to karma, due to its link with Vedic texts and the death of Vala.

10. According to Indian myth, the garnet is regarded as a holy stone that ‘forever enlightens the soul and nourishes wisdom’.

11. The garnet is also a root chakra stone.

12. Superstitiously, garnets as a gift are normally given on both the 2nd and 6th wedding anniversary.

Diamond Treats is the online store brought to you by Satyan Jewellers, the home of luxury jewellery from a company with over 30 years within the industry. Based in London, Satyan Jewellers has grown to accommodate clients from around the world and is proud to bring to the market an unparalleled level of customer service, and vast collections of diamonds that stun, sparkle and shine in a wide variety of jewellery forms.