This radiant purple amethyst and diamond pendant features a pear shaped amethyst which is expertly complimented by the diamond setting. The amethyst is 8mm x 12mm and weighs 2.50ct; the diamonds weigh 0.05ct. This necklace is made in 9K white gold and comes complete with a beautiful mirror trace chain. 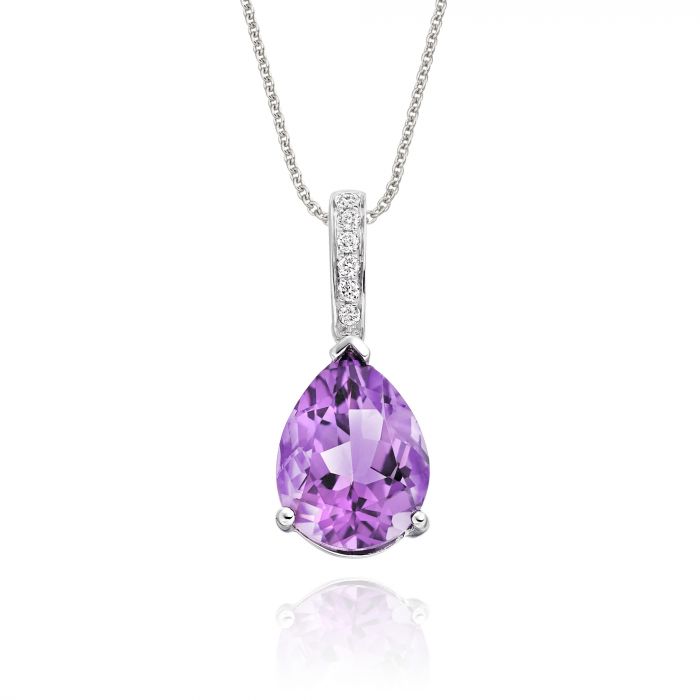 Customer Reviews
Write Your Own Review